Photo: Museum of the Risorgimento, Italy

steered from the shore 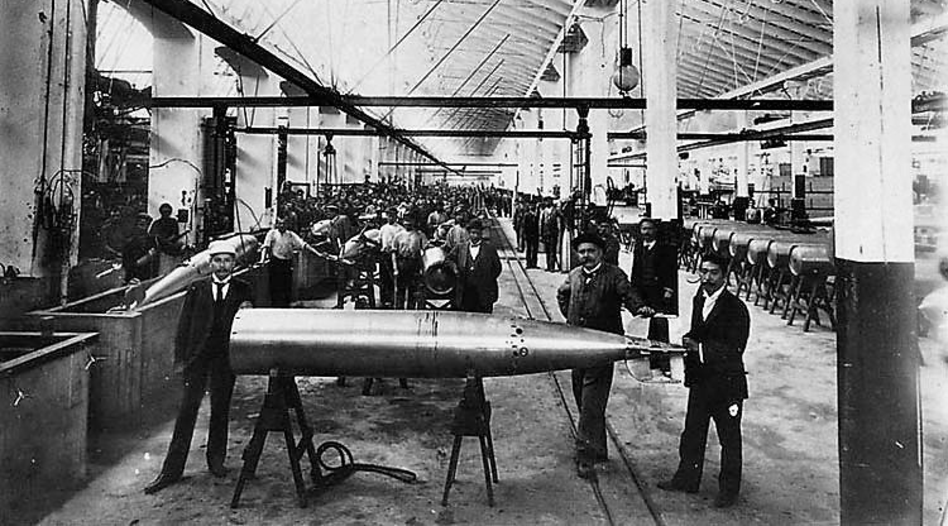 In 1975 an autobiography on Robert Whitehead was published for the first time by maritime enthusiast and author, Edwyn Gray (updated in 1998).  His extensive research and insight into the man revealed much behind this 'forgotten genius':

"… this relatively unknown English engineer exerted more influence over the tactics of naval warfare and the design and development of warships than all the world’s top Admirals and naval architects put together… Until the advent of the atomic bomb, in August 1945, Whitehead’s invention, the torpedo [1866], was the dominant weapon of destruction in warfare at sea for well over half a century…

[In his day,] Whitehead’s critics referred to his invention as ‘the terrible torpedo’ while many [ship] gunnery specialists of the Royal Navy, bitterly opposed to any rival method of destruction, dismissed it as ‘the device of the Devil’. To its admirers, though, Whitehead’s torpedo was ’the wonderful weapon’ and indeed, wonderful it was in scope of it’s conception and in the light of contemporary engineering knowledge.

No other invention has retained its original appearance so closely over the course of a hundred years of development and certainly no other has proved so comprehensive in its basic concept that major modifications have been unnecessary. The reader had only to compare a Benz automobile, a Wright biplane or a Holland submarine with its modern, sophisticated equivalent to understand and appreciate the depth of Robert Whitehead’s genius.”

With the help of his 12-year-old son John, trusted technical mechanic Annibale Plöch, and day laborer Mr. Gonza, Robert refined and tested his invention. 1866 was a turning point year, his new steam-powered engine installed in the flagship Ferdinand Max  was instrumental in giving the Austro-Hungarian fleet an edge in winning the famous sea Battle at Lissa (today Vis, Croatia); this brought him royal acclaim. In December of the same year, he officially demonstrated his underwater, self-propelled torpedo to the Austrian Imperial Navy. The following year, the family welcomed their last son, Robert (known as 'Bertie') into the family. In 1868, Robert Whitehead was awarded the honor of the Franz Joseph Order.

By the 1870s, Robert was producing torpedoes. He generously honored his agreement with Captain Giovanni Luppis, giving him half the profits of his first two torpedo models. This reflects Robert's business ethics and integrity, as is evident from the June 22, 1901, Austrian Neue Freie Presse article, "The epoch defining invention of the Whitehead torpedo... it should be observed, that this torpedo completely and utterly sprang from Whitehead's brain and that for its part not a single suggestion of Mr. Luppis of how to facilitate his 'Salvacoste' design was used." 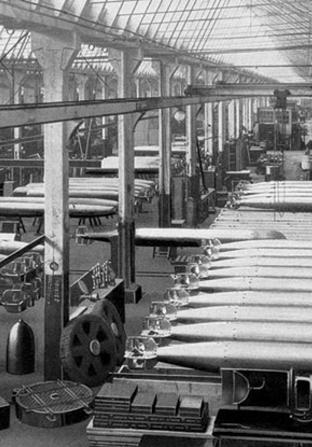 In 1856, Robert and his family moved to Fiume, Austrian Empire (today Rejika, Croatia) to a new Manager position at the Stabilmento Tecnico di Fiume, Fonderie Metalli  (Metal Foundry, Technical Factory/Plant). Robert was given complete technical independence and autonomy over matters and sales; under his "skillful guidance the new company flourished from the outset" [Gray 1975]. In 1858, Robert and Francis had another boy, Beethom. At the same time, their almost four-year-old son John was "already showing signs of inheriting his father's engineering talents" and was often "found in the machine-shops 'helping' a mechanic" [Gray 1975]. Surprisingly, the family's spoken language in business and at home was predominantly Italian, since it was the language spoken on the Adriatic Coast at the time.

By the 1860s, warships had evolved from wooden-sailing ships to steel-plated, wooden-ships and required more power to carry the additional weight. Stabilmento Tecnico di Fiume, Fonderie Metalli  took an order from the Austrian Empire to design a new steam-engine for their flagship the armor-plated screw frigate Ferdinand Max. Around 1864, Robert met retired Frigate Captain Giovanni Luppis (from Italian/Croatian descent, living in Fiume) who had sought out Robert on the suggestion from the Austro-Hungarian Navy admiralty to see if he could engineer an idea. Giovanni had discovered plans drawn up by an un-named, deceased naval officer, for a coastal defensive, low-profile surface explosive boat. From these plans, Giovanni made a small-scale wooden model called the Salvacoste  (the Coastal Saviour). Just a few feet in length, it, in theory, would be operated from shore by rope tiller lines and was meant to deliver an explosive charge with a percussion impact.  After months of work with the original concept, Robert concluded that in its current boat-form design, it was not feasible. However, the exercise inspired him to set out on an idea wholly his own, an underwater self-propelled torpedo– the first ever of its kind [Gray 1975].

Intro from The Devil’s Device by Edwin Gray (1975)

1848 "Episode from the Five Days" Battle

Inventor of the self-propelled torpedo

Robert Whitehead was born in 1823 to James Whitehead (1788–1870) and Ellen Swift (1794–1870), eight years after the battle of Waterloo, into Georgian England. His childhood and early education took place in Bolton-Le-Moor, South Lancaster, United Kingdom. Already during his grandfather’s time, Bolton and nearby Manchester had led the way with the advent of the Industrial Revolution, establishing many mills and factories. The hustle and bustle of the industrial age surrounded young Robert and thus began his lifelong interest in mechanics.

In 1829, he attended Bolton grammar school and then a Bolton private school in 1837, where he studied history, geography, Latin, Greek, drawing, arithmetic, and book-keeping. At sixteen, with the aid from his uncle and mentor, William Swift, also an engineer, Robert was apprenticed at Richard Ormerod & Son in Manchester. While there, he built a reputation as an 'exquisite draughtsman' and in the evenings attended the Manchester Mechanics Institution learning mechanical drawing, pattern designing, and engineering theory. In 1846, he married the charming and smart Frances Maria Johnson, daughter of Anne Boville and James Johnson (a ‘dry-salter’– retailer of industrial chemicals). For the promise of better opportunities, he and Frances followed his uncle Swift a few months later to Marseille (at the time, the Kingdom of France under the brief 1830–1848 ‘July Monarchy’). Employed for two years at Philip Taylor’s La Seyne shipyard, he learned shipbuilding and marine engineering. While at La Seyne, he was also largely influenced by Philip Taylor's management philosophy of 'benevolent paternalism'. Taylor thought of himself more like a father-figure for his company and less like an overlord; for this, Taylor earned the respect and devotion from his employees. Later in life, Robert would manage his own business with much the same philosophy.

Note: The Georg & Agathe Foundation  is not affiliated with the video provider YouTube;  we are not responsible for content, nor do we endorse any ads. 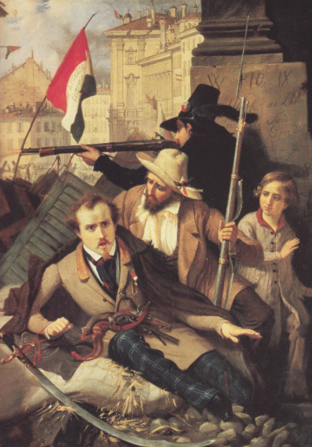 In 1848, he and Frances moved to Milan, which at the time was governed as a Crown land of the Austrian Empire (today Milan, Italy). In Milan, Robert started his first engineering consultancy and was responsible for designing the pumping engines used to drain the Lombardy marshes. He also patented many manufacturing designs for the textile industry, registered in Vienna which was the administrative Capital of the Austrian Empire. During the "Five Days of Milan" revolt, a major event in the First Italian War of Independence against the Austrian Empire, they were not in Milan but none-the-less personally effected. These events made a lasting impression on Robert and helped shape his deep disdain for war and violence, his dislike for shooting sports and his adoption of a vegetarian diet. When the Austrian Empire finally seceded Milan to the provisional government under Italy's Unification Movement, Robert lost his patent rights and future incomes from his inventions. He and Frances, then pregnant, moved on to Trieste, another territory of the Austrian Empire, to again pursue better opportunities.

Trieste (1849–1856)
While in Trieste (today Italy), Robert was first employed by the Austria-Lloyd Shipbuilding Company and then the Strudthoffs Shipyard as Technical Director of marine engines to the Austrian Imperial Navy. His new designs included a number of power units, the propulsion machinery for the paddle-wheel sloop Taurus  and his first screw-propelled marine engine. In 1856, Robert also designed and built the first cylindrical boiler to be constructed in the Austrian Empire. By now in his profession, his work ethic had gained him the 'enviable reputation' as being "scrupulously honest and straightforward" [Gray 1975 & The Engineer 1905]. In his private life, he and Francis welcomed three children Ellen (1849), Alice (1851), and John (1854). Although content, Robert was motivated to look for new challenges and found them in an offer from a company in Fiume, Austrian Empire (today Rijeka, Croatia). 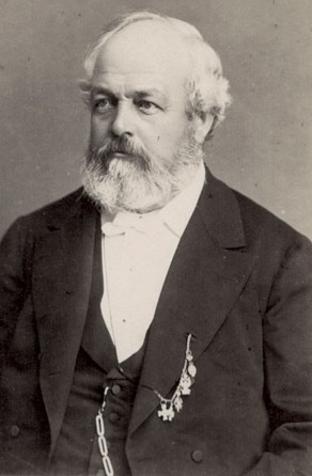 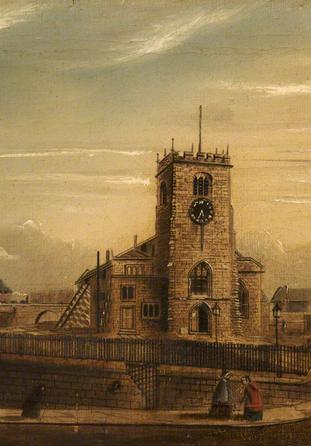 “His fame in all nations round about”

In 1875, he bought out the bankruptcy of the Stabilmento Tecnico di Fiume, Fonderie Metalli and renamed it the Whitehead Torpedo Factory. Together, first with his son-in-law Georg Hoyos and then joined by his son John Whitehead, they built up a very successful business. The company further expanded operations to a factory in Weymouth, United Kingdom, managed by Captain Edwin Payne-Gallwey. Eventually, Robert became world-renown and fame followed with the name 'Whitehead' becoming synonymous with "Whitehead torpedo"; by this time, the torpedo had been purchased by most of the world's navies.

Ironically, although in the weapons industry, Robert and his family were "no lover[s] of war", as written by the Times  on November 15, 1905, "[Robert] believed that the torpedo would rather tend to prevent war than provoke it." His hope was that through his invention of a mutually destructive weapon (much like those who invented the atomic bomb), it would cause world leaders to abandon their ideas of war. In fact, in his lifetime, he had also planned to invent a "defense" to the torpedo, which he hoped would bring about a "stalemate" to starting wars. He, like many in his time, believed in "rational" governments that would see the futility of war. Unfortunately, as we know through history, this has not come to pass and the actual effects of the torpedo have been disastrous to both sailors and ships ever since.

From his modest beginnings in Bolton, England, within his lifetime, he was honored for his genius and inventions by many nations worldwide including Austria-Hungary, Denmark, France, Italy, Greece, Portugal, and Turkey. None-the-less, for all his notoriety, he was known for being "the most modest and retiring of men [and was not] one who sought public fame for himself"  [1905 The Engineer Magazine].

On November 14, 1905, Robert Whitehead passed away at Shrivenham, Berkshire, United Kingdom. After a lifetime of engineering, his accomplishments are summed up by his tombstone’s epitaph inscription,"...His fame in all nations round about."

A Wish For Peace
British Engineer Robert Whitehead, invented the self-propelled torpedo in the 1860s with the hopes of "ending war." His 1905 obituary in The Engineer stated, "Paradoxical as it may seem, Mr. Whitehead is reported to have considered [the torpedo] as a means for ensuring peace rather than bringing war... His idea, no doubt, was of the fearful effects of the torpedo, once realized, would be a sufficient deterrent to peoples and nations contemplating war."  In his lifetime, he had also planned to invent a "defense" to the torpedo, which he hoped would bring about a "stalemate" to starting wars. Robert established the world's first torpedo factory in Fiume Austria-Hungary (today Rijeka, Croatia), followed by another in Weymouth, United Kingdom.