​Mother of unknown # of children

'Holland' has existed in many forms from 922 (with the lands of the first Counts of Holland) to the present. From 1091–1384, as County of Holland, it was a state under the Holy Roman Empire. From 1384–1482,  the County of Holland was a part of the larger Burgundian Netherlands, a personal union of Imperial and French fiefs. From 1482–1794 it was a part of the larger Habsburg Netherlands. Under Hapsburg rule, it was the Spanish Netherlands from 1556 and Austria Netherlands from 1714-1794. During this time between 1581–1795, Holland incorporated into the Dutch Republic. From 1806–1810, it was briefly the Kingdom of Holland, a client state of the First Republic ​of France. In 1813, the area was liberated and became part of the United Kingdom of the Netherlands. Today, North Holland and South Holland are provinces of The Netherlands.

​Established as duchy in 1809, it was initially part of the Confederated States of the Rhine. From, 1867–1871 it was a Federal State of the North German Confederation. Then it incorporated into the German Empire from 1874–1918. At the end of WWI, it became the Free State of Saxe-Weimar-Eisenach, which merged two years later with the State of Thuringia, under the Weimar Republic. From 1933 to 1943, the territory was under the German Reich. After World War II, it remained a part of the federal state Thuringia within Western Germany. In 1990, with the reunification of Germany, the area became a federal state within Germany, which it remains to this day. 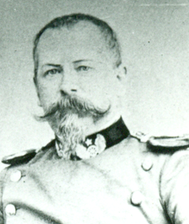 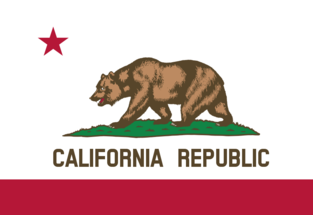 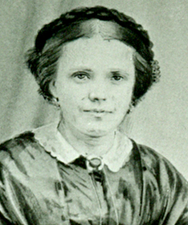 *The Grand Duchy of Hesse was an independent country and state under the German Confederation which consisted of 67 independent states. It later was split, one section became the Duchy of Saxe-Weimar-Eisenach under the federal state of the German Empire.
See Flag Key below for details

To learn more about the Nahls,  see the 'Historical Figures' section below.

Honoring Georg's Maternal Side, Great to 3x-Great-grandparents to the von Trapp Children

5x-Great-grandfather of the von Trapp Children

His father was Matthias Nahl (1618–1668, generation 1), who was court carpenter to the principality of Ansbach. Johann Samuel (generation 2) was born in Annsbach (today Germany) and studied under Renz the Older, court sculptor in Bayreuth. In 1704 he became court sculptor to Frederic I of Prussia and Rektor of the Academy of Arts and Sciences in Berlin. Sculpting weather-resistant plaster sculptures for castles in and around Berlin, he also worked on the equestrian statue of Friedrich Wilhelm I by Andreas Schlüter. His son was Johann August Nahl - the Elder (1710– 1781, generation 3).

4x-Great-grandfather of the von Trapp Children

Johann August (generation 3) was born in Berlin and was an interior architect and stone & plaster sculptor. At age 18, he went on a European tour to study sculpting. After working in Strassburg, Berlin, and on sculpture and relief work for Frederic I of Prussia palaces, he moved to Switzerland for 9 years. In 1767, he became Professor of sculpture at the ‘Collegium Carolinum’ and at the newly founded Academy of the Arts in Kassel. His commissions included a statue of Landgraf Frederic II of Hesse-Kassel and work on the design of the Wilhelmsthal Palace Park for Landgraf Wilhelm VIII of Hesse. His commissioned work of a grave cover for Maria Magdalena Langhans was one of the most admired works of art in 18th century Europe. His sons were also artists, Johann Samuel Nahl the Younger and Johann August Nahl the Younger (generation 4).

Johann Samuel Nahl the Younger (1748–1813, generation 4) was born by Bern, Switzerland and was an artist & professor at the Academy of Arts in Kassel. His brother Johann August Nahl the Younger (1752–1825, generation 4), also born in Bern, Switzerland was a painter of landscape and historical scenes. Johann August was taught sculpting by his father; in 1763/64 he studied painting under Johann Heinrich Tischbein the Elder, from 1765–1767 with Tanesch and Christoph von Bemmel, and from 1767–1770 in Bern with Emanuel Handmann. In 1773, Johann August went to the Academy of Arts in Paris and finally to Rome in 1774. Returning to Kassel he began his sepia landscapes and paintings. Later, he became the Painting Director at the Academy in Kassel.

​ Johann August Nahl - the Younger (generation 4) had several children of which only two survived. His daughter, Clementine Emilie Nahl (1783–1832, generation 5), Georg's great-grandmother, was well educated for a woman in her era and dedicated herself to the arts and poetry. His son Georg Valentin Nahl (1791–1857, generation 5) became a portrait artist and copper plate engraver in Kassel, Hesse. Georg Valentin's son, Carl Christian Heinrich Nahl (1818–1878, generation 6), later known as Charles Christian Nahl in the U.S.A., was already an accomplished watercolorist at age 12. Charles studied at the Academy of Art in Kassel, Hesse to become a painter, illustrator, and graphic artist. Later he emigrated with his family and artist friend, Frederick August Wenderoth in 1846 to Paris, France and then in 1848/49 to the United States. Finally settling in San Francisco, Charles Christian became the first major Californian artist and devoted himself to different artistic genres. Together with his half-brother, Hugo Wilhelm Nahl, and Frederick August Wenderoth, he opened a studio in San Francisco producing collaborative landscapes and commercial work. His pencil and watercolor ‘Grizzly’ is based on a live grizzly bear, Samson, from John 'Grizzly' Adams' menagerie in San Fransico; the painting later became the inspiration for the design of the bear on the California State flag. Charles Christian died of typhoid fever in San Francisco in his adopted country in 1878.

In the Middle Ages, Schaffhausen was a city-state. From 1330–1418, the Habsburg Monarchy ruled it. In 1454 the independent city allied with six Swiss confederates and another two in 1479.  In 1501, the area became a full member of the Old Swiss Confederation, known as the Republic of Swiss and an independent Canton from 1567–1806. It was occupied briefly by the French from 1798–1815. In 1815 the area became part of the re-established independent Republic of Swiss, known as Switzerland, later becoming a federal state in 1848. Switzerland stayed neutral during World War I and World War II. Today the area is still a Canton within Switzerland.

The School of Athens

3x-Great-grandparents of the von Trapp Children

Career: Chief Railroad Station Inspector in Eisenach, Thüringen. As a young man, he was a Cadet in the Electorate of Hesse and denied the right to take his officers exam by the Elector of Hesse who had taken a disliking to his father, a County Judge. Georg Clemens was also denied studying law for this reason and therefore chose a career with the Prince Elector’s Wilhelmsbahn Train Company in Guntershausen. He rose from Stationmaster to Head of Station Class I, moved to Eisenach, Saxe-Weimar-Eisenach in 1853, the neighboring Electorate, and later retired as Railroad Inspector-General.

2x-Great-grandparents of the von Trapp Children

Great-grandparents of the von Trapp Children

To learn more about the Nahls,  see the 'Historical Figures' section below.

From 1264–1567 the Landgraviate of Hesse was a single entity and state of the Holy Roman Empire. From 1567-1806, it was divided into two states within the Empire, Hesse-Kassel and Hesse-Darmstadt. From 1806–1871, it was an independent country and state under the German Confederation, known as the Grand Duchy of Hesse.  In 1871, Hesse lost its country status when it joined the German Empire, but remained a Duchy. The Duchy ​ended in 1918 with the German Revolution and end of World War I, when it became the People's State of Hesse (Volksstaat Hessen) within the Weimar Republic. From 1933 to 1943, the territory was under the German Reich. After World War II, it was renamed Hesse and incorporated as a federal state within Western Germany. In 1990, with the reunification of Germany, Hesse became a federal state within Germany, which it remains to this day. 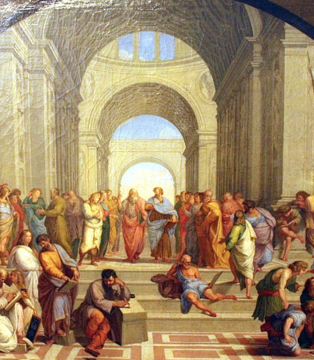 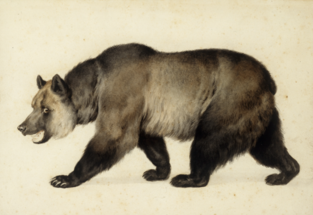