Heritage: His family was Tyrolean nobility 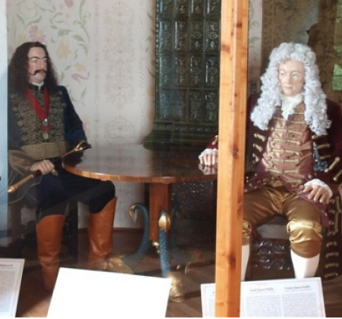 4x-Great-grandparents to the von Trapp children 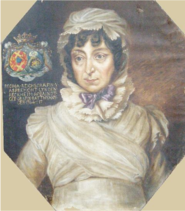 Born: Güssing, Habsburg Monarchy (today Güssing, Austria), although born in Austria, he is from Hungarian heritage ​

A Constituent Land of

5x-Great-grandparents to the von Trapp children 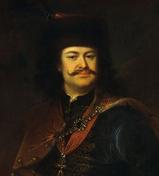 *Territory under either Holy Roman Empire or Habsburg rule

Career: Chief Royal Chamberlian to Emperor Francis I and Ferdinand V. Count of Reckheim, an Imperial Immediacy of the Holy Roman Empire (today Reckem, Belgium)―a small free state with its own army, printed currency, and customs​.

Heritage: His family was Tyrolean nobility 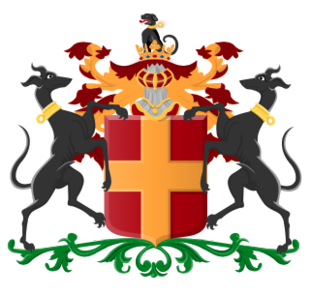 Austria has existed in many forms from 927– present. From 1804–1867, it was ruled by the Austrian Empire and then the Austro-Hungarian Empire from 1867–1918. During this time the town Fiume existed (today Rijeka, Croatia). At the end of WWI, their monarchy was dissolved. 1919 the Austria First Republic was established, which lost vast territories, including their holdings on the Adriatic Coast to the Kingdom of Italy. Italy lost these areas to Yugoslavia after WWI, later becoming Croatia​ and Bosnia-Herzegovina. 1938-1945 it was annexed by Germany. After WWII, in 1955 modern Austrian Republic was established. 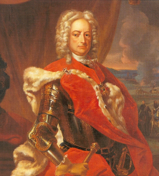 Born: Tschatesch, Duchy of Carniola, Holy Roman Empire (today Čatež ob Savi, Slovenia); Hungarian nobility
Heritage: His grandfather Adam Batthyány I (1609-1659) is regarded as "father of the family." He fought in the Thirty Years War and ruled over parts of present-day Hungary, Slovenia, and southern Burgenland.

Career: Austrian field marshal and fought in the war between Roman-German Empire and the Ottoman Empire; defended Vienna in 1683

A Constituent Land of

Established under Habsburg rule on the territory of the former East Frankish March of Carniola in 1364, also a State of the Holy Roman Empire. In 1804, it was a part of the Austrian Empire and the Kingdom of Illyria until 1849. From 1867–1918, it was under of the Austro-Hungarian Empire. Today the area is part of Slovenia.

An Imperial immediacy of the Holy Roman Empire (today Reckem, Belgium). It was a small free state with its own army, currency and customs. From 1623-1795, the Counts of Aspremont-Lynden ruled the County. In 1795, Reckheim was annexed by France after the French Revoluntary Wars. The family lost the County, but was compensated with lands in Germany, but the family had already settled within the Austro-Hungarian Empire some generations before.

*Territories either under the Holy Roman Empire or Habsburg Monarchy

See Flag Key below  for details

6x-Great-grandparents to the von Trapp children

Prince Ferenc II Rákóczy (1676-1735) was a Hungarian nobleman, Prince of Transylvania, an Imperial Prince, and member of the Order of the Golden Fleece. He was the richest landlord in the Kingdom of Hungary, son of Ferenc I Rákóczy, elected ruling prince of Transylvania, and Ilona Zrínyi, who was the daughter of Pétar Zrínyi, Viceroy of Croatia. His life was intertwined with conflicts against the Habsburg monarchy lead by his grandfather, father, uncle, mother and stepfather. He also was pulled into fighting for Hungarian independence by the promise of French support, in 1703.  His success found him elected as prince of the Confederate Estates of the Kingdom of Hungary with a 24 member Senate in 1705. After the defeat at the battle of Trencsén, in 1708, his freedom of movement became restricted. Not trusting the emperor’s peace treaty, negotiated by his men and fellow Hungarian Count János Pálffy, he left his country in 1711. His distrust was likely affected by his Grandfather and Great-uncle's execution by the Habsburg Monarchy a generation before, for their efforts towards Hungry's indepenence. Prince Ferenc II Rákóczy visited European courts until 1717, when he accepted an invitation by the Ottoman Turks after the Peace Treaty of Passarowitz and moved to Tekirdağ (today Turkey). Eventually a small colony of Hungarian nobles grew up around him. He passed away in exile and was not brought home to in 1906 to Kassa, Hungary (today Košice, Slovakia).

Count János Pálffy (1664-1751) was a Hungarian nobleman and the son of count Miklos IV Pálffy de Erdőd and Eleonora von Harrach zu Rohrau. Like his forefathers, he was loyal to the Habsburg monarchy. He pursued a military career and joined the Habsburg army in 1681. In 1704, he became Cavalry General and Viceroy of Croatia. Battles against the Ottoman Turks dominated his military career. As Field Marshal and commander of all troops in Upper Hungary, he negotiated the Treaty of Szatmár that ended 'The Rákóczi's War for Independence'. He also became protector and councilor (mainly in Hungarian affairs) to the young Empress Maria Theresia after her father’s death: he was a Knight in the Order of the Golden Fleece and Palatine of Hungary. Empress Maria Theresia affectionately called him "Vater Pálffy" / "Father Pálffy".

Batthyány was from Hungarian heritage

Position: Count of Reckheim, an Imperial Immediacy of the Holy Roman Empire (today Reckem, Belgium)―a small free state with its own army, printed currency, and customs. He was the last Count at Reckhiem, as they lost their family seat due to the Napoleonic Wars and relocated permanently to Austria and Hungary. 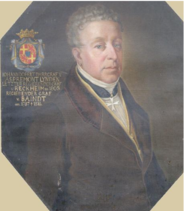 Honoring Agathe's Maternal Side, 4x to 7x-Great-grandparents to the von Trapp Children

*Territories either under Holy Roman Empire or Habsburg Monarchy

7x-Great-grandparents to the von Trapp children

See Flag Key below  for details