"Linking lessons from the past with current research for better decision-making today." 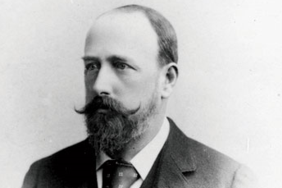 The purpose of the Whitehead-von Trapp Peace Conference & Arts Performance Center  would be to host conferences that support and promote solutions towards peace (personal, community, national, and international); as well as attract, from the national and international performing arts world, programs that are welcomed by the City of Rijeka, the County of Kvarner and Country of Croatia. The aspiration is towards becoming world-renowned.

The hope is that the Center will provide an inspiring setting for a continued exchange of ideas towards peace initiatives and support the performing arts with a venue to express and share with the citizens of Croatia, Europe, and the International Community the uplifting and thought-provoking experiences of the arts.

The building would be intended to be designed in collaboration with a Croatian and renowned conference and performing arts building architect. It should stand as a 21st-century modern, forward-thinking, structure that compliments the existing 19th and 20th century European and post-World War II Communist-era architecture. The opportunity is to contribute to a further cohesion of the multiple cultural layers that the City of Rijeka already offers. 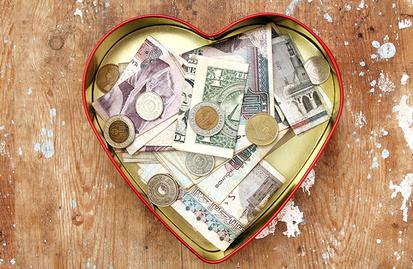 Learn more about the Whitehead Torpedo Factory's history in Reijka:

Historic Relevance and Lessons for the Future...
British engineer, Austro-Hungarian Baron Robert Whitehead's invention of the torpedo in the 1860s has been likened to the engineering leap similar to putting a man on the moon. To preserve the global story of this achievement is important towards understanding our engineering and industrial heritage which connects us to our collective geopolitical past. In its time, the torpedo was hoped to end all wars; its potential of 'mutual assured destruction' was assumed would create conditions for detente between world powers.

Video: Posted YouTube  May 20, 2009 by CinemaHistory, video by Thomas Edison on May 9, 1900
Note: The Georg & Agathe Foundation  is not affiliated with the video provider YouTube  or CinemaHistory, we are not responsible for content, nor do we endorse any ads. 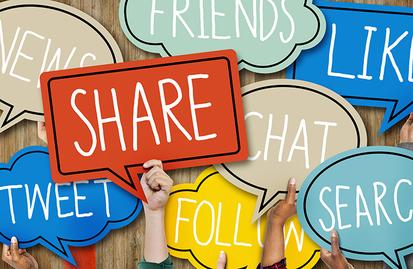 The Dutch Foundation for Industrial Culture is a Dutch nonprofit that works to promote and preserve industrial heritage projects and networks within Europe under the leadership of Hildebrand de Boer.

Note: The Georg & Agathe Foundation  is not affiliated with the video provider YouTube  or Vektra;  we are not responsible for content, nor do we endorse any ads.

PRO TORPEDO Rijeka is a Croatian nonprofit that works to preserve Rijeka city's industrial heritage, as well as to create connection between international networks of researchers and history enthusiasts. To Learn more about the organization, visit: www.protorpedo-rijeka.hr 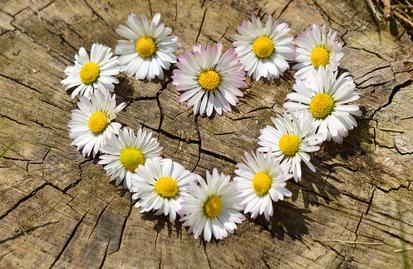 Preserving Our Collective Past

"We were led by the wish to leave all we had inherited from our ancestors to our descendants as much as possible and in the best possible condition."

It's the right time "... to promote the need of raising awareness of the importance of marking and preserving the past, as well as the present of the industrial heritage."

Rijeka, Croatia's Industrial Heritage
As Drs. Hildebrand P.G. de Boer, Dutch Foundation for Industrial Culture, reflects, "Rijeka’s regional identity is European. That sounds contradictory, yet, when in Rijeka, one becomes fascinated by the tangibility of centuries of European history and ongoing geopolitical changes over the last 150 years that took place under the influence of Venice, Austria, Hungary, Italy, Yugoslavia, and Croatia. Rijeka was also called alternately St. Veit am Flaum, Szentvit, Fiume, and Reka. This is also echoed in Rijeka’s European Capital of Culture 2020 concept of: 'Port of Diversity '." In the past century, the port of Rijeka (Fiume) developed into an important industrial and maritime center within its free-port structure. 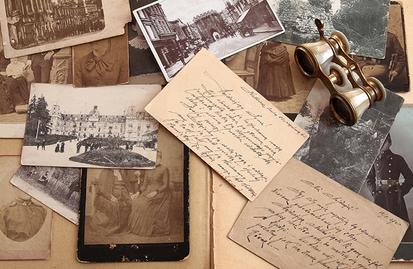 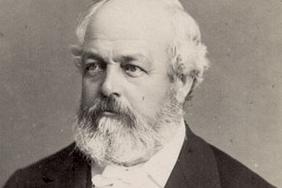 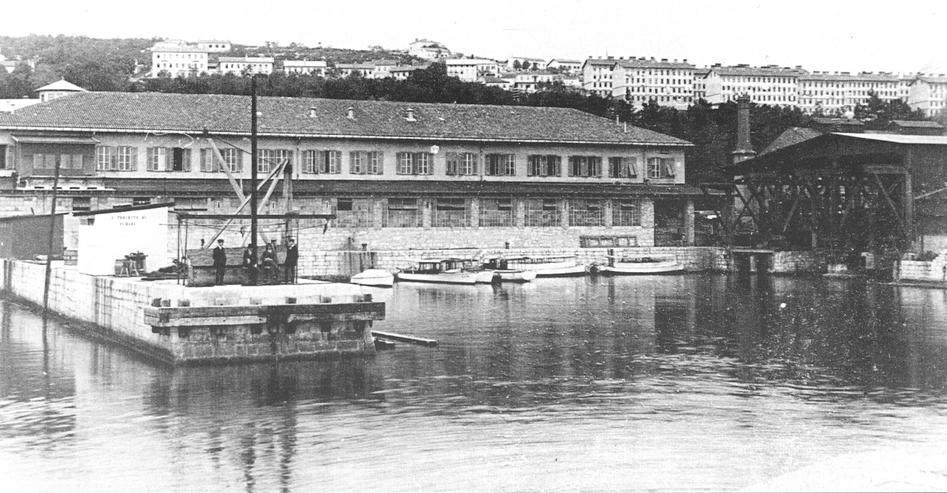 The intent behind a Whitehead Torpedo Factory & Naval Museum  would be to showcase the factory's torpedo manufacturing history, to house archives, research, educate, and work with the Whitehead-von Trapp Peace & Innovation Research Institute  to engage the public to connect the lessons from the failed attempt for 'peace through weapons' with today's global peace efforts. The project would collect, archive, and preserve information, stories, and items relating to the Whitehead family, multiple Whitehead factories and its employees, the Austro-Hungarian Imperial Navy and its sailors, and the Adriatic Seas' long naval history to the present. The museum hopefully could become a link in the maritime sites throughout the Adriatic within a potential Adriatic Naval & Maritime Heritage Network  and Rijeka Kvarner Industrial Heritage Network. An additional goal of the Whitehead-von Trapp Peace & Innovation Research Institute  would be to support scientific and engineering innovation.

The intent behind the Whitehead-von Trapp Peace Conference & Arts Performance Center  is to honor the Whitehead and von Trapp legacies in the arts and of their wish for peace. The Center would host conferences that support and promote solutions towards peace (personal, community, national, and international); as well as attract, from the national and international performing arts world, programs that are welcomed by the City of Rijeka, the County of Kvarner, and Country of Croatia.

With these projects, we hope to help contribute to the revitalization of the City of Rijeka's historical industrial waterfront and surrounding areas. 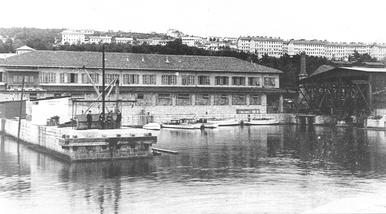 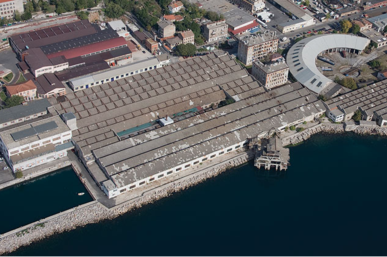 Industry supplied ships and weapons to the navy of the Habsburg Empire. Raw materials from around the world arrived in its harbor, transported there by ship and rail, to be manufactured into rope, leather, canned fish, paper, tobacco, brandy & spirits, cocoa & chocolate, pasta & rice, soap, furniture, and playing cards by ever-multiplying factories. Oil and sugar refineries sprang up, alongside warehouses and storage buildings. From 1866 onward, Rijeka was the industrial cradle of the torpedo, one of the most innovative weapon systems in modern history, due to the genius of engineer and industrial entrepreneur Robert Whitehead (1823-1905), sparked by an idea brought to him by naval Captain Giovanni Luppis (1813-1875).

Today Rijeka’s industrial heritage covers a broad spectrum, from real archaeological industrial sites in the Rjezina River Area to the modern full functioning enterprises of the oil refinery and the shipyard. There is growing interest that, now is the time to offer the international traveler an experience of historic cultural tourism, by seeing the European story of Rijeka's history through its industrial heritage which is still preserved in buildings and operating industries along its coastal and river waters. Within the structure of a potential Adriatic Naval & Maritime Heritage Network and Rijeka Kvarner Industrial Heritage Network, the proposed Whitehead Torpedo Factory & Naval Museum and Whitehead-von Trapp Peace Conference & Arts Performace Center complex could become the keystone to this endeavor, galvanizing the project as a whole and bringing interested travelers to the city of Rijeka for a unique, insightful, and cultural experience of the historically rich and beautiful Adriatic Coast. [Source: 2016 Drs. Hildebrand P.G. de Boer,