See Flag Key​​ below for details

Wesselényi Conspiracy (1664-1670)
After several unfavorable changes between the Habsburg Monarchy and Ottoman Empire in Europe, several Croatian and Hungarian nobility conspired to overthrow the Habsburgs. The key campaign leaders were Count Pétar Zrinski, Count Fran Krsto II Frankopan and the Hungarian Count Ferenc Wesselény. In 1671, the conspiracy was found out and all three men were imprisoned and then executed in Wiener-Neustadt, Habsburg Monarchy (today Wiener-Neustadt, Austria).  Pétar wrote a farewell letter to his wife Katarina Frankopana, "My dear heart; Do not be too sorrowful and upset on account of this letter. God's will be done. Tomorrow at ten o'clock they will cut off my head and your brother's too. Today we pardoned each other with all our heart. Therefore I ponder this letter and ask you for everlasting forgiveness. If I have mistreated you in some way, or offended you, as well I know, forgive me. In the name of our Father, I am quite prepared to die and am not afraid. I hope that the Almighty God who has humiliated me in this world will have mercy on me. I would pray to him and ask him to whom tomorrow I hope to come that we may meet each other in everlasting glory before the Lord. I know nothing else to write to you about, neither our son nor the rest of our poor possessions. I have left this to God's will. Do not be sorry, everything had to be so. In Wiener Neustadt, the day before the last day of my life, at seven o'clock in the evening, April 29th, 1671. May Almighty God bless you together with our daughter Aurora Veronika." - Count Pétar Zrinski

The Polish-Lithuanian Commonwealth existed for over two hundred years as a dual state, bi-confederation of Poland and Lithuania ruled by a single monarch who was the King of Poland and Grand Duke of Lithuania. It was one of the largest, most populous, and diverse countries in the 16th-17th century Europe. It evolved from a hereditary to elective to constitutional Monarchy. In 1768, it became a protectorate of the Russian Empire. By 1795 the country dissolved and parts were absorbed into the Russian Empire, Kingdom of Prussia, and Habsburg Monarchy. i

8x-Great-grandparents to the von Trapp children

Died: Zboró, Kingdom of Hungry, a Crownland of Habsburg Monarchy

History: Elected Prince by the 1652 Transylvanian Diet, by 1660 he was removed from office by the Ottoman Empire for his father's participation in the Battle of Magierów. Later, he joined his Father-in-law in the anti-Habsburg Wesselényi Conspiracy (1664-1670). When the upraising failed, he was the only leading member not executed, due to the high ransom paid by his influential mother​​ Countess Sophia Báthory.

A part of the

​In 1643, Ilona was born in Ozalj, Kingdom of Croatia, under Habsburg Monarchy (today Ozalj, Croatia). Already in her childhood, Ilona was known for her intelligence and beauty. ​In 1666, she married Prince of Transylvania, Ferenc I Rákóczy. Ferenc I joined many noblemen, including Ilona's father Petar Zrinski and Uncle Fran Krsto Frankopan in the anti-Habsburg Wesselényi ​Conspiracy (1664-1671), attempting Hungarian freedom from the Habsburg Monarchy. When the upraising failed, her father and uncle were executed. Five years later, her husband died, leaving Ilona a widow with two young child, Julianna and Ferenc II.

In 1682, she remarried Hungarian Prince Imre Thököly and joined his Kuruc rebel uprising allied with Ottoman forces. After several defeats for the freedom-fighters, her last stronghold was Palanok Castle in Munkács (today in Western Ukraine). From 1685-1688, Ilona lead the defense of her castle with her people and her children by her side. Using her uncle's "battle manual", she and her followers successfully thwarted the Austrian Habsburg military's attempts to siege the castle for three years. Tragically betrayed from within, she finally had to surrender and negotiated amnesty for her followers. She and her children, Juilianna and Ferenc II, were taken to Vienna, where in violation of their pact, they were taken from her and she was imprisoned at the Convent of the Ursulines. In 1691, her husband Imre, still fighting in Upper Hungary, captured a Habsburg General and arranged for a prisoner exchange, the General for Ilona. But In 1699, the uprising finally failed and the fighting ended. Ilona and Imre were exiled to Constantinople, Ottoman Empire (today Turkey). In 1703, she died and was buried in Izmit (today Turkey).  Two hundred years later, in 1906, her remains were moved and reinterred with her son's Ferenc II in Kassa, Hungary (today Košice, Slovakia).​

Career: Elected Prince and ruled seven counties of the Partium in Transylvania

from the Catalog of Croatian Jewlery Retailer, Zaks

Died in exhile in:

Ilona Zrínyi in the Munkács Castle

with her children, facing the Habsburg judges

See Flag Key​​ below for details

in the Wiener-Neustadt Prison

Honoring Agathe's Maternal Side, 8x to 10x-Great-grandparents to the von Trapp Children

A semi-independent state from 1570-1867, ruled primarily by
Hungarian princes, lands included
traditional Transylvania and part of
eastern regions of Hungary.  From 1570-1692, the area was a Vasal of the Ottoman Empire and between
1711–1804 it was a Crownland of
the Habsburg Monarchy, then ruled by the Austrian Empire until 1867. It was under the Austro-Hungarian Empire until 1918, which then became Union of Romania. Briefly part of Hungary again  and then part of Romania under the Soviet Union after WWII. Romania gained its independence as a country in 1989. 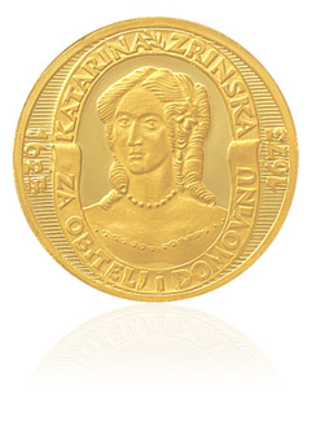 9x-Great-grandparents to the von Trapp children 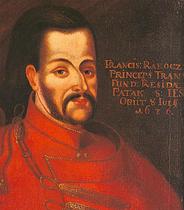 Established under Habsburg rule on the territory of the former East Frankish March of Carniola in 1364, also a State of the Holy Roman Empire. In 1804, it was a part of the Austrian Empire and the Kingdom of Illyria until 1849. From 1867–1918, it was under of the Austro-Hungarian Empire. Today the area is part of Slovenia. 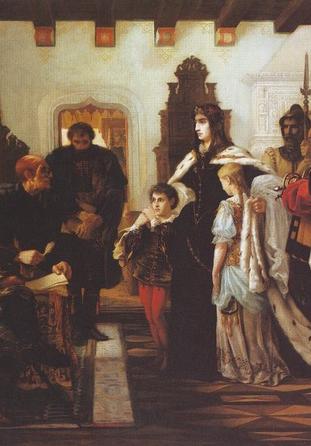 Born: Ozalj, Kingdom of Croatia, Lands of the Hungarian Crown, and a Crownland of Habsburg Monarchy (today Ozalj, Croatia)

History: Known as one of the greatest Hungarian and Croatian heroines. 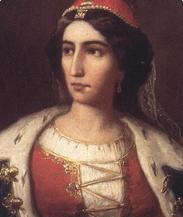 The Ottoman Empire existed between 1299–1922. It was multinational, multilingual and at its height, controlled much of
Southeast Europe, parts of Central Europe, Western Asia, the
Caucasus, North Africa, and the
Horn of Africa. The Capital was
Constantinople (today Istanbul, Turkey).

10x-Great-grandparents to the von Trapp children

Countess Katarina Frankopana, later known as Katarina Zrinska, was born 1625 in Bosiljevo, Kingdom of Croatia (today Bosiljevo, Croatia), under the Habsburg Monarchy. The daughter of Military Commander Count Vuk II Krsto Frankopani and 2nd wife Countess Uršula Inhofer. Katarina was a poet, patron of the arts and fought for Croatian & Hungarian freedom from the Habsburgs. A highly educated scholar, she was well-read and fluent in Croatian, German, Hungarian, Latin, and Italian. In 1661, she published a prayer book in the Republic of Venice, as a gift for Ivan Belostenec, a Croatian linguist and lexicographer. Her book was re-printed in 1687 and 1715 in Ljubljana (today Slovenia) and then again in 2005 in Čakovec, Croatia. In 1641, she married Count Petar Zrinski and together had four children: Ilona  ( m. Prince Ferenc I Rákóczy), Judita, Ivan, and Aurora. In 1664, after several unfavorable changes between the Habsburg Monarchy and Ottoman Empire in Europe, several Croatian and Hungarian nobility, including Katarina, planned to overthrow the Habsburgs - known as the Magnate Conspiracy (1664-1670). Katarina's husband, Petar Zrinski, her half-brother, Fran Krsto Frankopani, and the Hungarian Count Ferenc Wesselényi were key leaders. In 1671, the conspiracy was found out and all three men were imprisoned and executed. Katarina was also imprisoned and sentenced to spend the rest of her life in a Dominican Convent in Graz. In 1996, a Croatian stamp was issued and in 1999, to honor her, the Croatian National Bank issued a silver commemorative coin depicting her face. Today, similar coins are sold as commutative gifts within Croatia and Hungary, as seen at left. 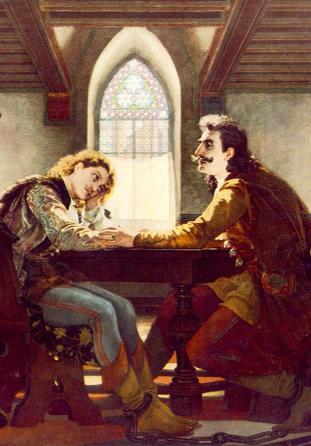